SONGS OF FAITH AND DEVOTION

Images from the Maha Kumbh, Allahabad 2013

SONGS OF FAITH AND DEVOTION. IMAGES FROM THE MAHA KUMBH 2013
Arguably the biggest congregation of people in the world, the 'Maha Kumbh Mela' is celebrated every 12 years in India and is the most important and ancient festival of North Indian Hindus. Held on the banks of where two of Northern India's greatest rivers, The Ganges and the Yamuna, meet; it is said that a dip in the sacred waters during this 'tithi' or time period frees you from cycle of 'Punarjanm' or rebirth. These pictures were made in February 2013 on 'Shiv Purnima', the most auspicious day in the 21 day festival. According to AP/PTI news reports, approximately 35 million people were present at the banks that evening.

As a documentary project it posed various challenges. Spread over 50 square kilometres, the makeshift arrangements to host the event were severely stressed by the sheer volume of pilgrims. There were people from all over the country, some families walking from the respective villages and towns for days as part of the holy pilgrimage. While some were adequately financed and prepared most were not that fortunate. There was no drinking water or actually water of any sort that was available unless you wanted to spend Rs.100 (About a $1.50) on packaged water. There were no toilets either. On one side there lay a range of portable toilets, imported specifically for the festival, wrapped in heavy chains and padlocks. And scores of families of women and children were at the mercy of the elements for their ablutions with no hope of any privacy. Makeshift camps of sleepy families were occasionally disturbed by aggressive policemen atop horses that trampled on the ragged clothes of already ragged people. There were tents everywhere. Big ones. With private toilets and resting arrangements for paid donors and massive speakers blaring religious songs set to both modern and traditional tunes. And over and above this commotion remained the loudest of them all. A public PR system continuously spewing out names of people lost and where they could be reunited with their families. Indeed, getting lost at the Maha Kumbh is not really a myth and its easy to see why. Photographers and camera crews from all over the world jostled around with their expensive equipment trying to make that one image that could change their lives. The bigwigs of Bollywood, rich industrialists' wives, influential politicians - basically anyone with power and money, or both, had their paths to the waters cleared for them by armed bodyguards and state policemen (on their aforementioned horses) so that they could take a dip in private. There was red dust everywhere and the smoke from a thousand bonfires (with questionable fuel) made the eyes water. I walked the grounds for 28 hours without a place to sit or a toilet to relieve myself in. But in the end, through all the noise, the chaos and the haze, the smoke, the freezing cold weather, the stench of human waste, the violent police, the teeming millions and the mad parade of the Naga Babas there was only hope. Hope in the eyes of every devotee who managed to convince themselves that they are performing their duty as a good Hindu. As someone who just might be saved. The promise of redemption and the unbridled joy of having thought to have achieved it.
The work explores the human condition and it's inter-relationship with faith, geography and identity. While urban India today is in the midst of furiously embracing a modern culture and struggling to move past the last vestiges of exoticism and colonisation, there still exists another India that remains rooted in unquestioning faith and with a staunch belief in traditions, rituals and the supposedly terrible consequence of being a non-believer. The very things being rapidly weaponised today for political reasons. The effort of the documentary is not just to bring up close the cultural nuances that make societies distinct but also the collective power of faith that influences both individual and national identity.
Allahabad, India. February 2013. All images by Trilokjit Sengupta. 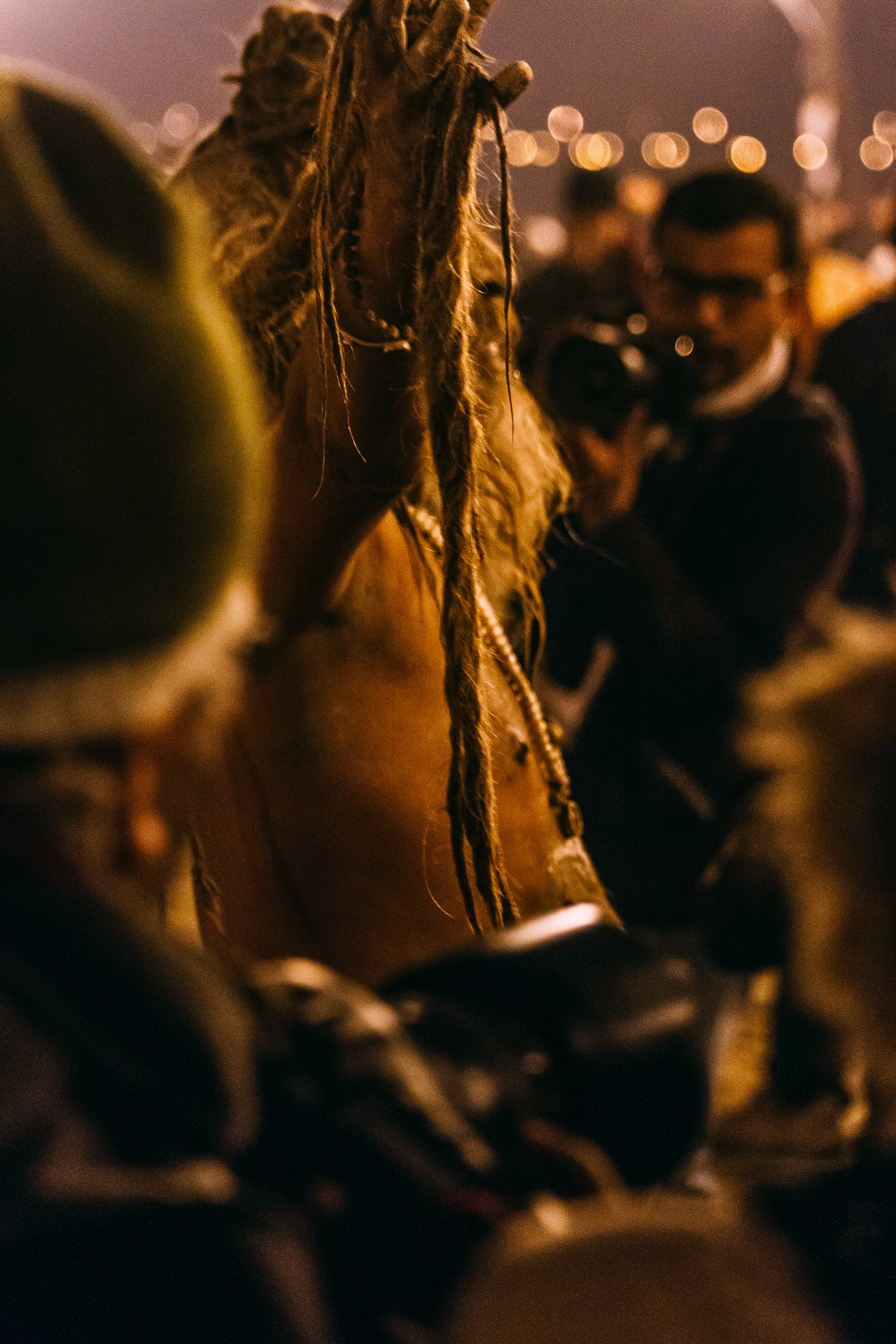 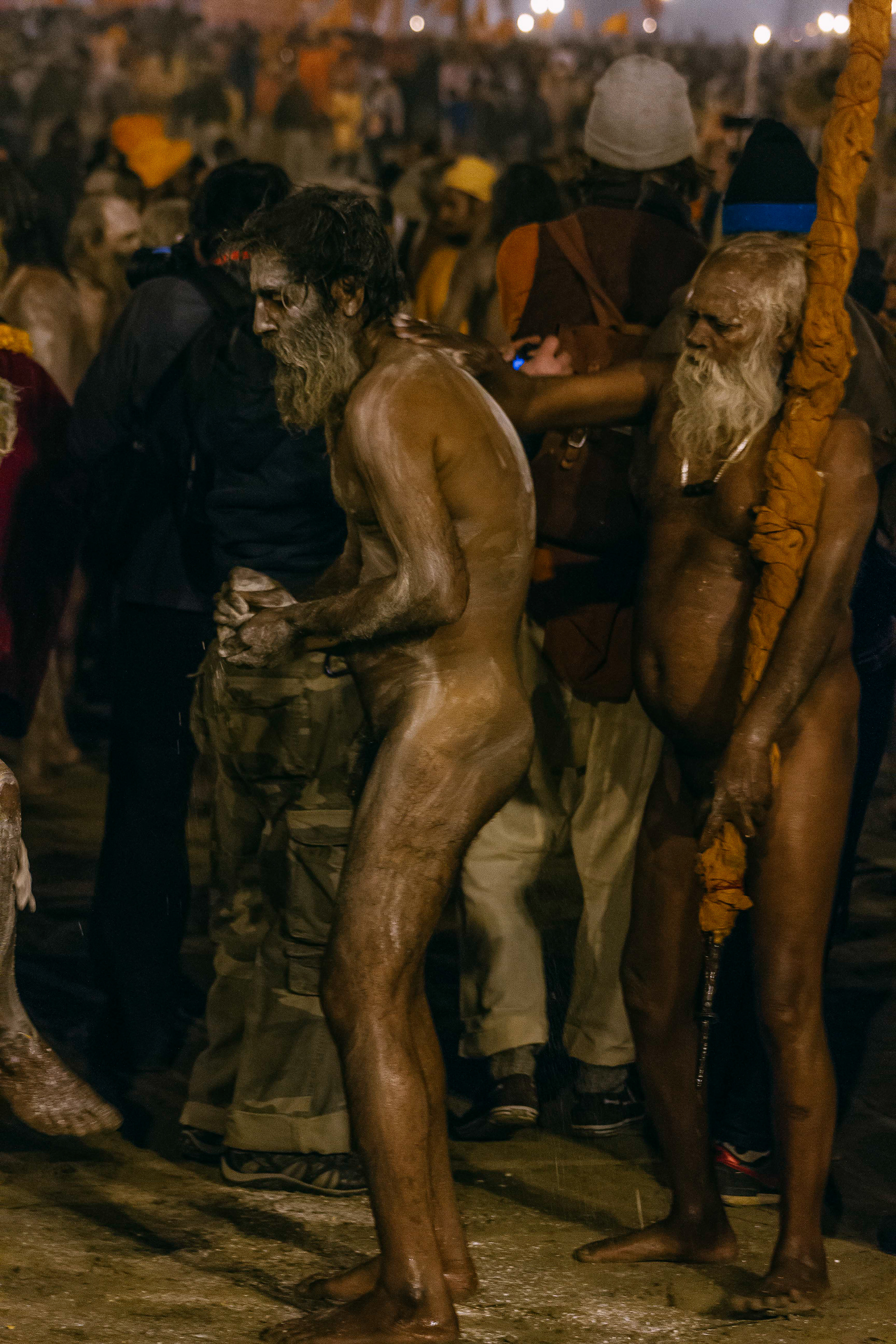 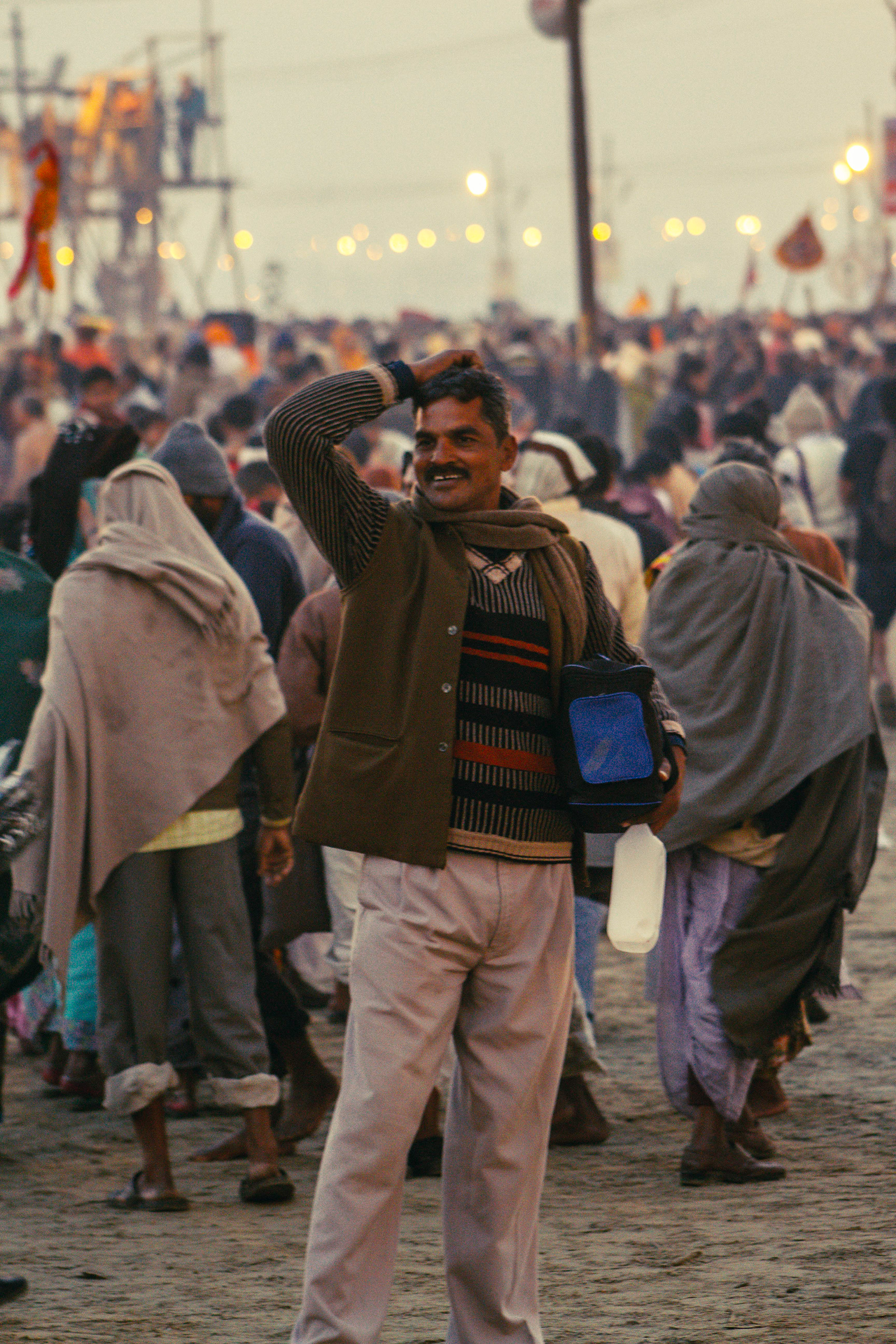 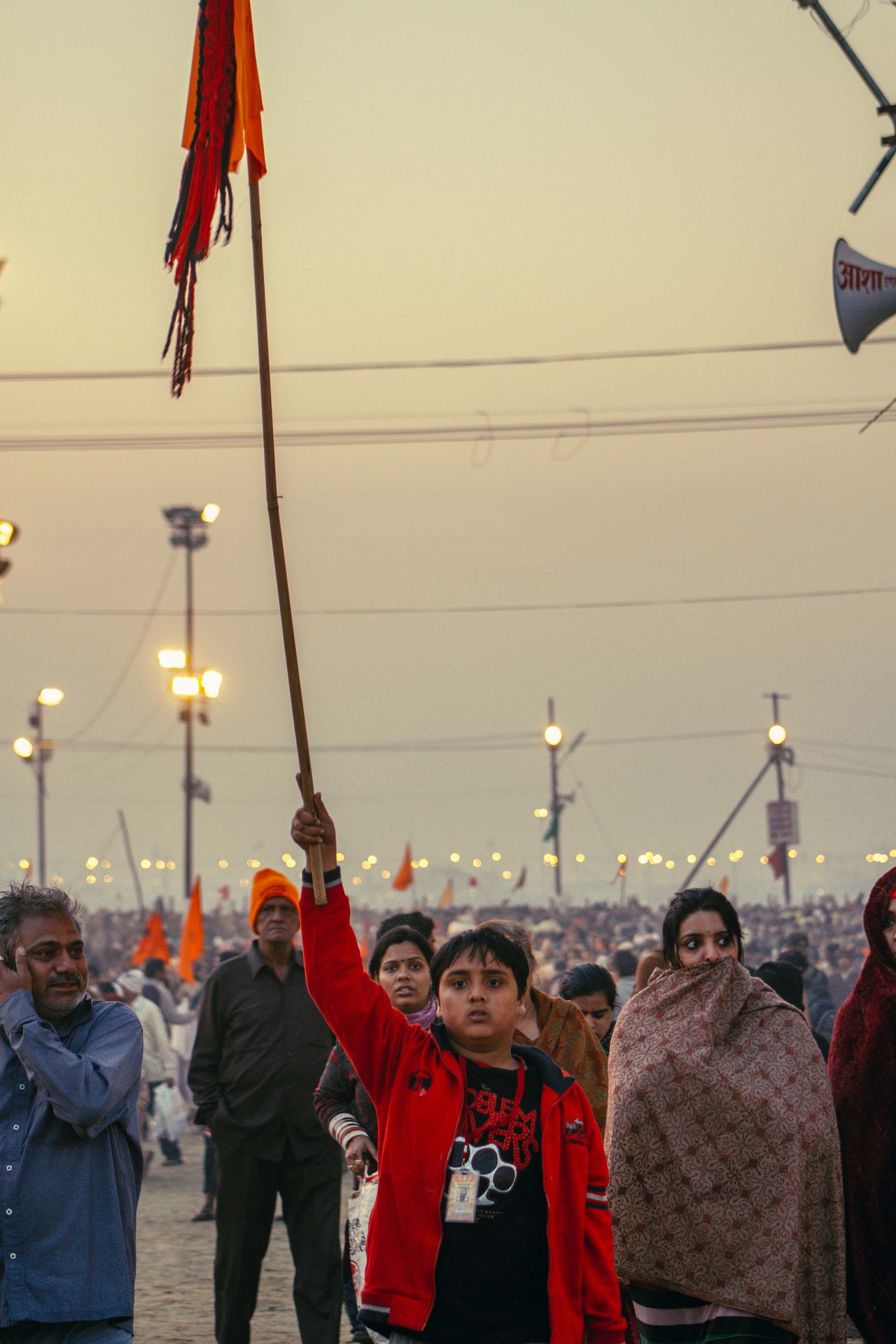 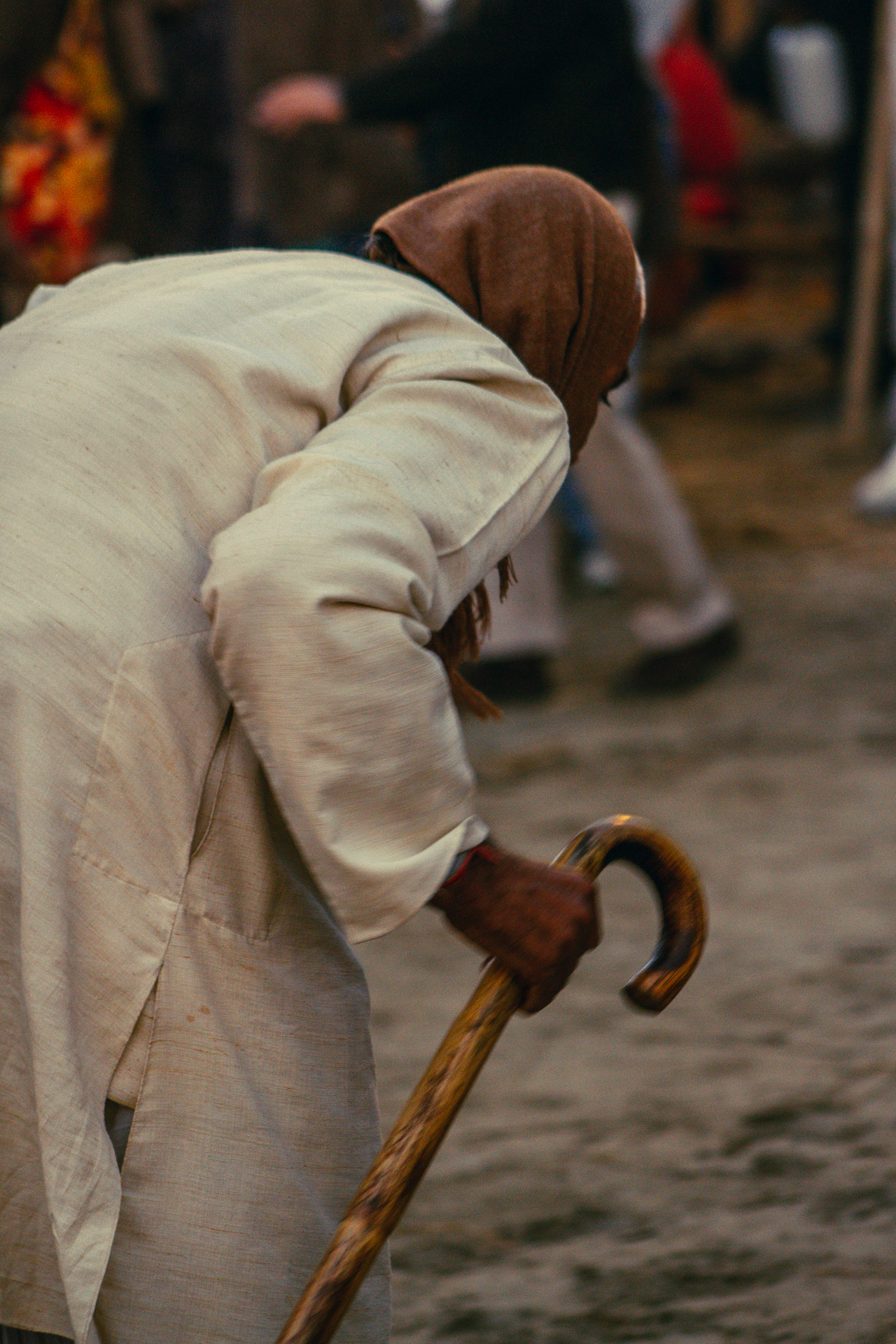 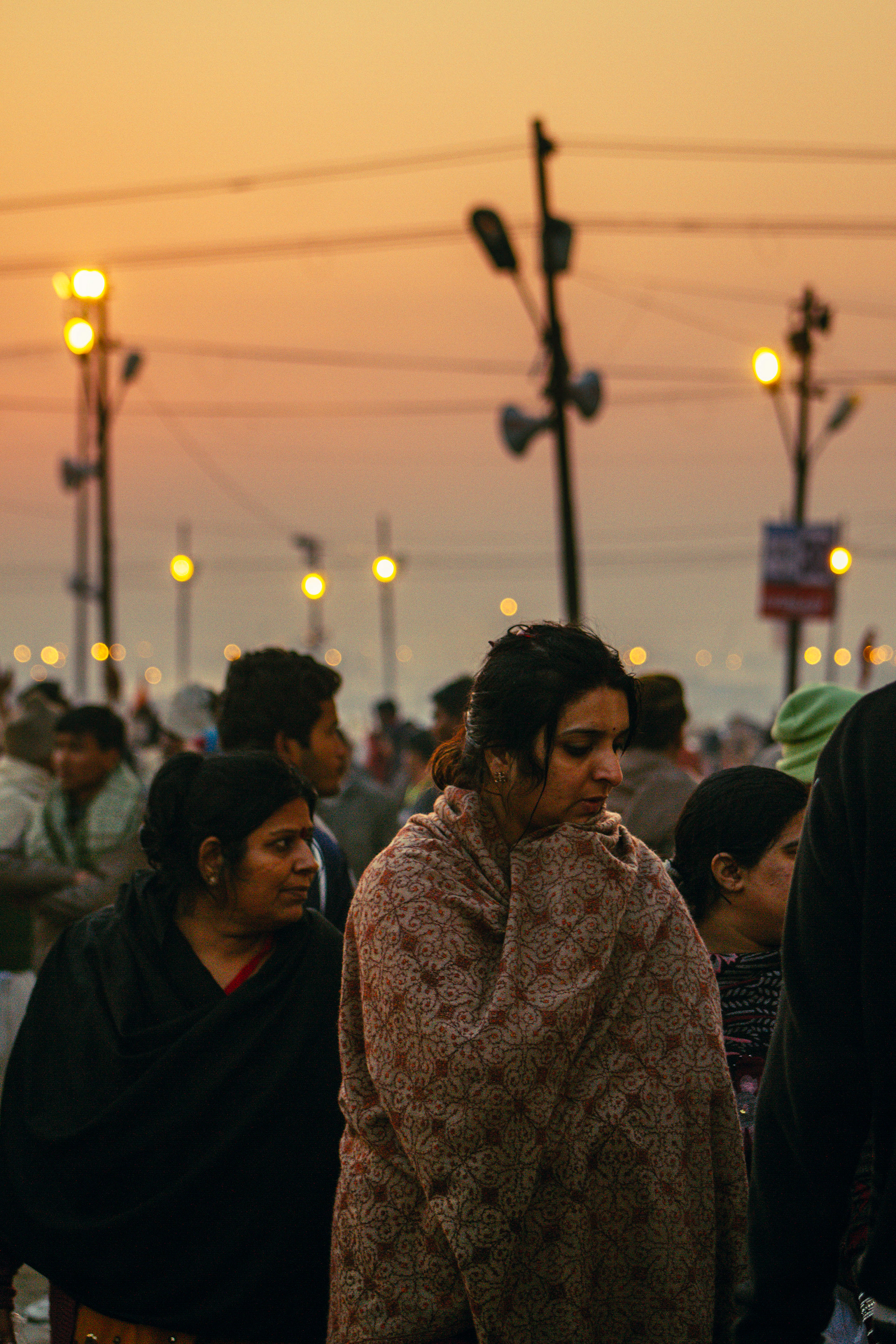 Morning after the Holy Dip, Maha Kumbh. 2013, Allahabad. India.
↑Back to Top